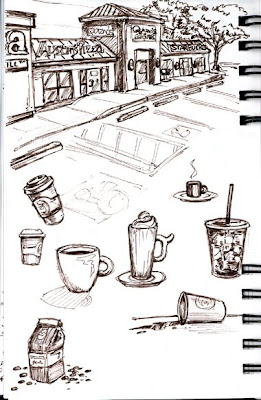 What not to Draw 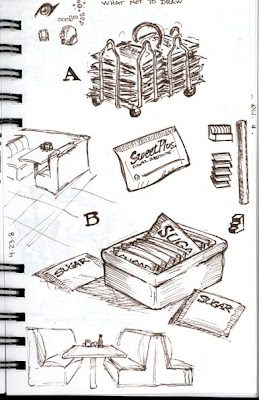 An occasional dilemma as an artist is what not to draw. Not in the sense of still life representation, or even just doodling. I speak of when you have to put a plan together for something that may need to be drawn several times. This happens alot in videogames and especially in comics. Take for instance the sugar packet holder pictured here. Version A is the actual item found at the counter and at tables at my usual hangout. I drew it because it looked interesting, but after I did I thought to myself, "Man, I don't want to have to draw that again." And I thought, if I had to do a comic that was set in a diner, any accuracy would be lost just in the fact that while real, its not an immediate discernible object, since you need way too much detail to get the idea across. At small scale you could painstakingly try to render it as best you could, let alone having to deal with a complex shape at different angles.

I remembered another sugar packet holder thing from another diner, that was a simple ceramic dish. Even from memory, version B reads pretty damn specific. You might not even know what A was if I didn't say so (questionable artistic skills aside). And at least at a distance the dish holds its shape better with less detail, if not to become simple geometry the farther away you get.

Starbucks has alot of crap 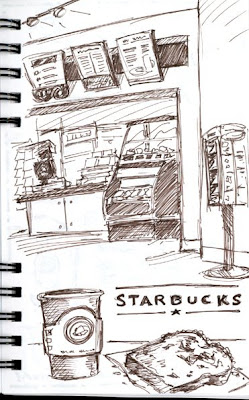 I didn't even draw all the stuff that was in view. They must have some insane merchandise per-square-inch capita.
Doodled by Super Edco No comments: 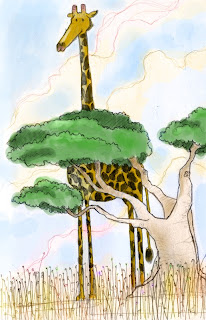 Been real lazy and didn't scan anything for a while but now I'm trying to make amends!
Doodled by J 1 comment: 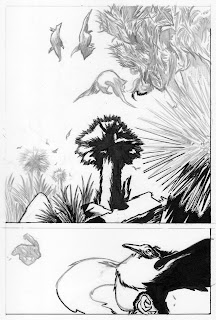 First of all, I just want to say that all of the contributions I've seen on this blog are outta sight! Real, real cool.

This is my first post and I hope you folks dig it. I've got a new graphic novel coming out next month published by AiT/Planet Lar called DUGOUT. It's a fun little baseball story that I think you'll find a good read. Any way, to keep my chops in shape, I've been working on a short story loosely based on Philippine mythological creatures. Here's the first page (in progress)...
Doodled by mannyb. 1 comment:

Email ThisBlogThis!Share to TwitterShare to FacebookShare to Pinterest
Labels: Birds 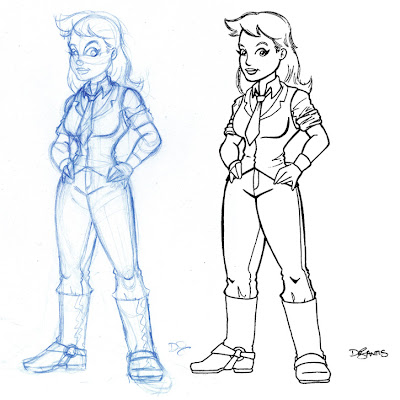 More of the Random 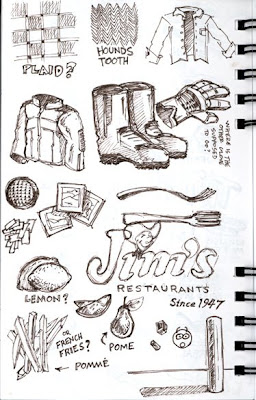 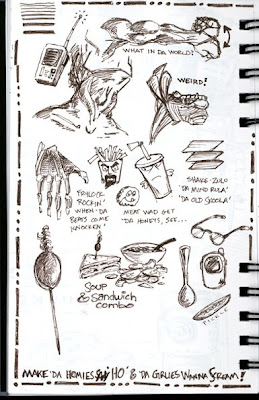 When I was a kid I had these walkie talkies (this was waaaaay before cell phones), and they had a signal for morse code, and a morse code translation in real tiny letters on the back. Also, Meatwad.
Doodled by Super Edco No comments:

Yo yo, here we go! I really liked the pose of this pic I stumbled upon (and by "pose" I mean smokin' hot workout babe), and immediately wanted to draw it. (and by "draw" I mean... never mind) I roughed it out loose and quick, trying to find what the shapes were and where the balance in the body was. That went fairly well but had the usual oddities. 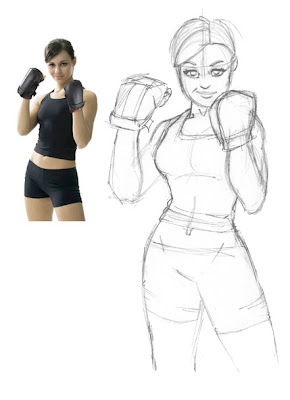 Next step was to refine things, half looking at the pic, half not. Eventually I find you need to turn the pic away or the drawing becomes too awkward a representation-- and I'm not saying the finished version doesn't lean that way, but it was a fun exercise. 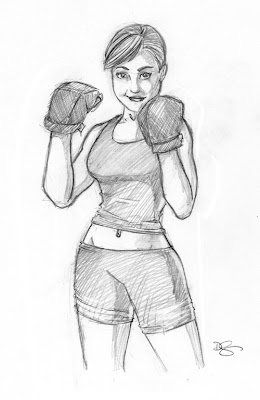 Here be Trees and Rocks 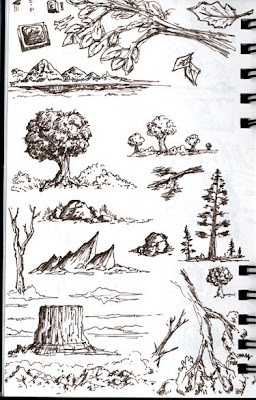